Google said it tweaked its algorithm for mobile searches to favor sites that look good on smartphone screens, and penalize sites with content that is too wide for a phone screen and text and links that are too small.

WSJ.D is the Journal’s home for tech news, analysis and product reviews.

Given Google’s importance in driving traffic to websites, some in the industry dubbed the change “mobilegeddon.” Google updates its algorithm frequently, but this is considered by some experts to be its most significant change in years. In an unprecedented move, Google warned website operators in February that the change was coming, and gave them tips on how to prepare.

“A lot of sites have been racing to beat the clock on this issue,” said Mark Ballard, director of research at Merkle RKG, a search-marketing firm.

The change is also important for Google. A company executive said at a conference last year that searches from mobile devices were poised to surpass searches on personal computers. 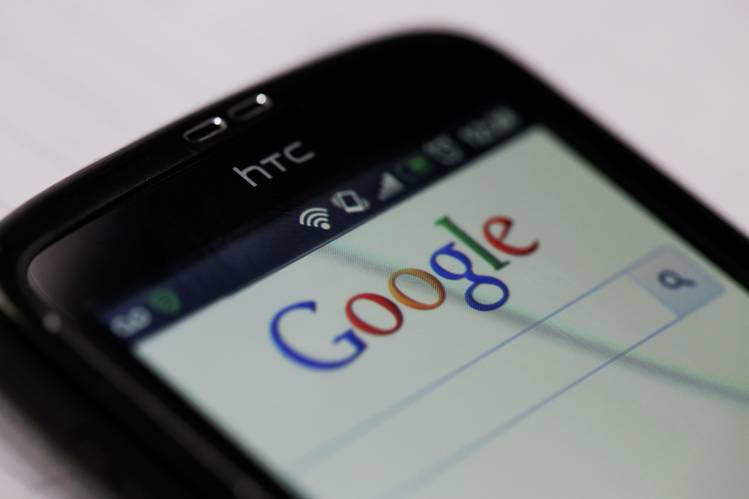 But advertisers typically pay less for clicks from phones, because they don’t lead to sales as often. Encouraging developers to tailor sites to look good on smartphones should lead to more sales and consequently higher prices for Google’s mobile ads, said Matt Ackley, chief marketing officer of Marin Software, an advertising technology firm. Advertising accounted for 90% of Google’s $66 billion in revenue in 2014.

Google also wants more users to surf the Web on their phones instead of using mobile apps. Google sells ads that point to websites, but generally cannot direct searches to content inside apps. Some companies, including India e-commerce giant Flipkart, have dumped their mobile websites and told visitors to use their mobile apps instead.

“As people increasingly search on their mobile devices, we want to make sure they can find content that’s not only relevant and timely, but also easy to read and interact with on smaller mobile screens,” a Google spokeswoman said.

The change isn’t simple for sites to roll out, since they must change all of their website’s pages to optimize them for smartphone screens.

According to a Google testing tool, the websites of Zumiez, technology wholesaler CDW Corp. and the IRS aren’t mobile friendly. Nor is Google’s own Finance site for stock quotes and related information.

United Healthcare Services Inc.’s primary site also failed Google’s test for mobile friendliness. However, the company has an additional site for people it insures that a spokeswoman said is designed for smartphones.

Failing the test doesn’t mean sites will automatically fall out of Google’s rankings on smartphones, notes Rand Fishkin, founder of Moz, which makes software to help site operators improve their search rankings. Mobile-friendliness is just one of over 200 different “signals” that Google uses for ranking its results, the company said.

The government’s preparedness for Google’s change varies. While the IRS website fails Google’s test for “mobile friendliness,” FEMA.gov and Healthcare.gov get passing grades.

Winners and losers from the change won’t be fully clear until after Google finishes rolling out the new update, which it said will happen over the next week.

Is SEO Right For Your Business?

3 Reasons Why You Must Have a Mobile Friendly Website